A PC based diagnostic system for the assessment of jumping performance. 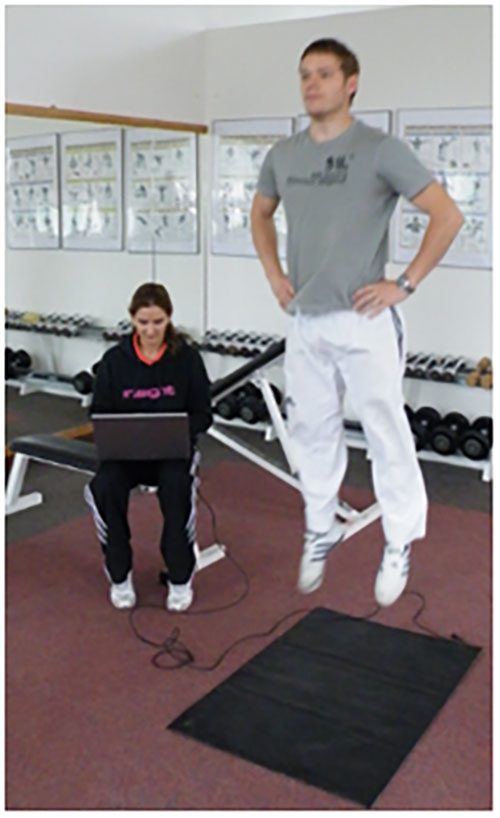 The system (consisting of contact switch mats connected by means of an USB interface to the computer) measures contact and flight times (with accuracy of 1 milisecond) and calculates basic biomechanical parameters of serial jumps.

Power in the concentric phase  (Pact) of take off (W/kg)

Acceleration (a) during take off (m/s2)

Velocity (v) in the final moment of take off (m/s)

Input of the subject information. Setup routine for the specification of test conditions (start at the touch down or take off, test duration by time or by number of jumps, selection of 5 on-line graphs). On-line the parameters display in both digital and graphical form (Fig. 2). Routines for data storage. Extensive analytical reporting, e.g. selection of the specified number of the best jumps (Fig. 3), split time reporting (Fig. 4), integrated norms (Fig. 5, 6, 7,) etc. 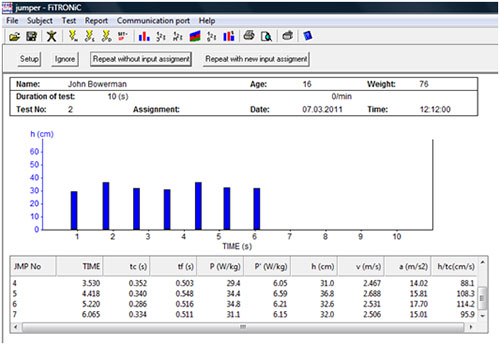 Fig. 1. On-line display of power in the concentric phase of take off

Fig. 3. An example of digital report (selection of the best 3 jumps)

Fig. 4. Norms for untrained boys from 6 to 18 years (Pact – power in concentric phase of take off per kg of body weight) 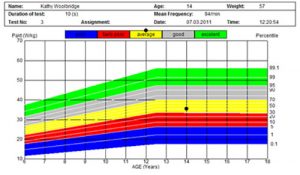 Fig. 5. Norms for untrained girls from 6 to 18 years (Pact – power in concentric phase of take off per kg of body weight)

Evaluation of performace potential, training effect and talent identification on the field of sport science, coaching and rehabilitation, in particular for

–       assessment of capability to utilize the elastic energy

Examples of the tests

Maximal power in concentric phase of take off (Pact) is considered as an index of maximal anaerobic alactacid power. Fig. 1 shows this parameter in the groups of elite athletes of different sport specialisations. 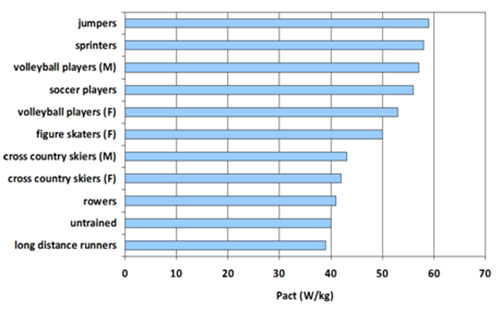 Fig. 1. Maximal power in concentric phase of take off (Pact) in the groups of elite athletes of different sport specialisations.

In untrained population the Pact depends mainly on the percentage of fast twitch fiber. Results from the 10-second test can be used (after appropriate age and sex adjustment) for an indirect assessment of muscle fiber distribution.

Average power from 60-second jumping reflects the level of strength endurance. Fatigue index (a ratio of the difference between maximal and minimal power and maximal power can be employed as an additional parameter of this capability). 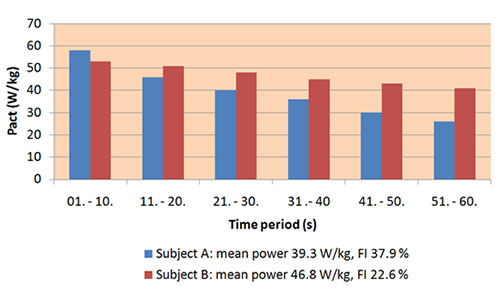 Fig. 2.  Examples of power in concentric phase of take off during 60-second test in two different subjects. 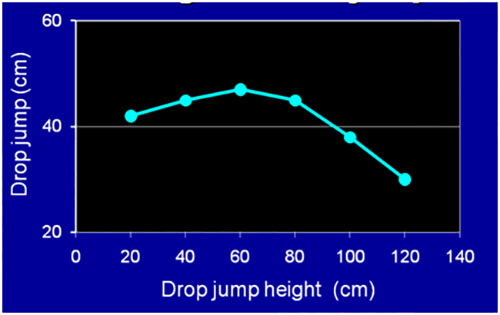 As illustrated on the fig. 4, explosive type athlete (e.g. high jumper) not only perform better at all drop heights, but, in addition, they achieve maximum values after dropping from higher heights than endurance trained subject (rower). 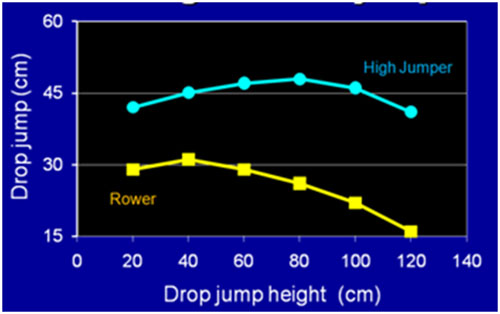 Taking off immediately after reaching the lowest position (counter movement jump) results in better performance than if the same action is performed after short delay (squat jump). Several mechaniasms, namely utilisation of elastic energy, stimulation of proprioceptive stretch reflex and higher force generated from the begining of the upward movement are considered to be the contributing factors for such a performance enhancement. Height gain resulting from counter movement is individual (Fig. 5) depending on several factor, namely age and level of specific adaptation to this kind of jumping. Difference in jump height has been proposed as an indirect measure of capability to utilise elastic energy. 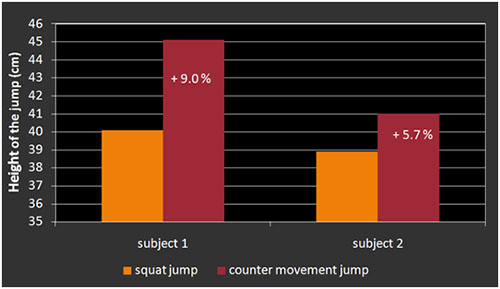 Jumping with the addional weight logically reduces the height reached after take off. However, the imparment may be substantially less pronouced in subjects having the experience with heavy resistance and/or plymoteric training (Fig. 6). So the amount of impairment of jumping height due to additional weight (e.g. 50 % of body weights) may help to further differentiate between the athletes with different kind of neuromuscular adaptation. 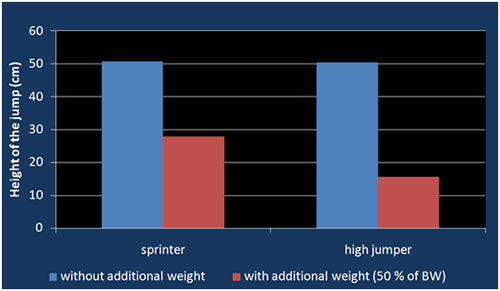